While all around us is Christmas delight, Rosie and I are both busily at work putting together the January issue of the Bustle & Sew Magazine. In the past I’ve always found this to be one of the most difficult issues to work on as it’s hard to put Christmas glitter and sparkle to one side while designing projects that I hope everyone will enjoy in January.  This year however, has proved to be easier as I’ve been inspired by the soft, muted, gentle shades of a bundle of Tilda fabric that I received from Jenny at Billow Fabrics (don’t forget to use your discount code on all Jenny’s wool blend felt – that’s WOOLFELT20) and so in next month’s issue you’ll discover projects featuring lovely winter florals … 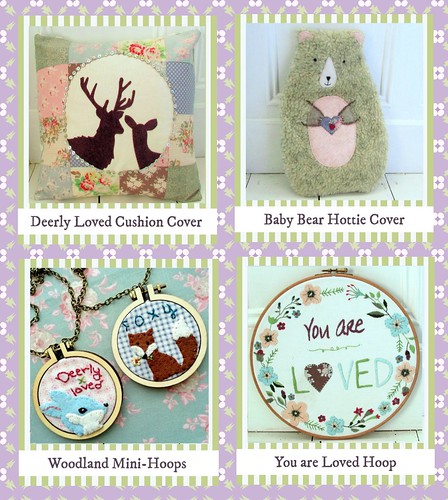 using gentle, muted wintery colours – soft pinks, duck-egg blues, dusky purples and fuzzy caramel fur.  Here’s a look at the first four projects – and you might spot that there’s an early nod to Valentine’s Day, though not too much as February 14th is still an awfully long way off.  There’s an emphasis on hand-sewing too, as for me, the winter months bring the opportunity to curl up in the big armchair in front of the woodburner with a little stitching while the two newfies snore contentedly in the hallway (they really don’t like the woodburner, they have such thick woolly coats and much prefer to snooze on the cool slate flooring).

One of my favourite projects in the January issue are the two little Woodland Mini-Hoops, measuring just a couple of inches across …. 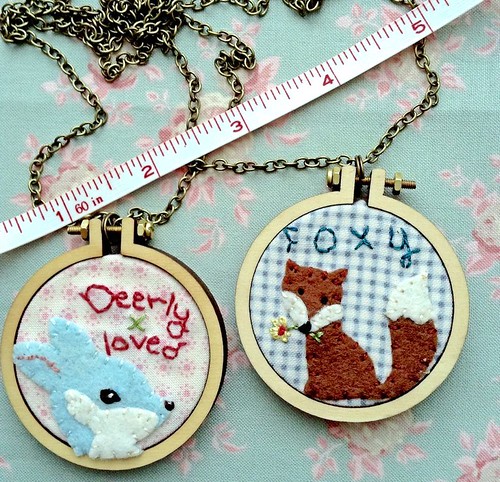 They were so quick to stitch – this time yesterday they looked like this …. 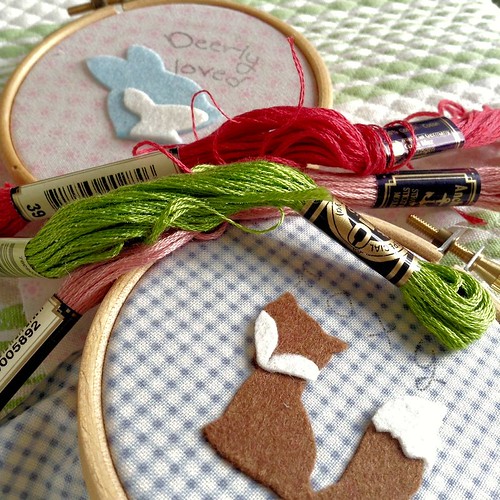 And now – all too soon – they’re finished!  I’ve wanted to try my hand at these mini-hoop necklaces for some time after spotting several on Pinterest.  I purchased the hoops as a set from Dandylyne on Etsy ….

And was mega-impressed with how quickly they reached me.  Sonia lives in Australia and so I didn’t really expect to receive my hoops much before Christmas.  But .. I ordered on 30 November and received my package the day before yesterday!  And her hoops are lovely quality – the chains were an optional extra, but they also come with brooch backs which I wasn’t expecting – an added bonus!  Finally .. I’m often asked about where I find my inspiration – and I’ll leave you with a clue – guess who inspired the little “Foxy” hoop?

Yes, that naughty Miss Tilly and her paper chains!  So it’s full circle and back to Christmas again which is a Jolly Good Thing!