I had hoped to be writing this post while toasting my toes in front of our new woodburning stove.  Sadly this is not the case.  Two very nice builders arrived on Thursday to take out the old fireplace and run a liner up the chimney.  Sounded very simple – what could go wrong?  But … as so often happens in old houses there was a problem.  At the back of a chimney there was an unexpected brick ledge, and then a bend so it was impossible to run the liner through and, after lots of discussion between themselves, the two very nice builders went away again.  Later another builder arrived and, after inspecting our chimney, announced that it would be possible – but would require extra work.  We are booked in again for mid-December and I am still hoping that our stove will be installed in time for Christmas.

None of this affected the high spirits in our house this morning when my friend Lisa brought her six year old twins around for a Bustle & Sew photo session.  Ben was very pleased to see the twins – especially Emily who is quite happy to tickle his tummy at some length while he lies prostrate on the floor with all four paws waving gently in mid-air.  Oliver and Emily were here to model my Woodland Animals glove puppets – another pattern for the December magazine …. 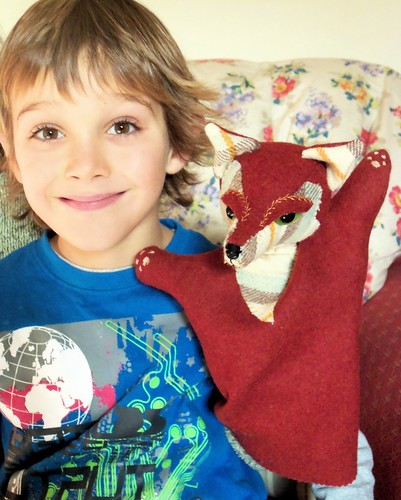 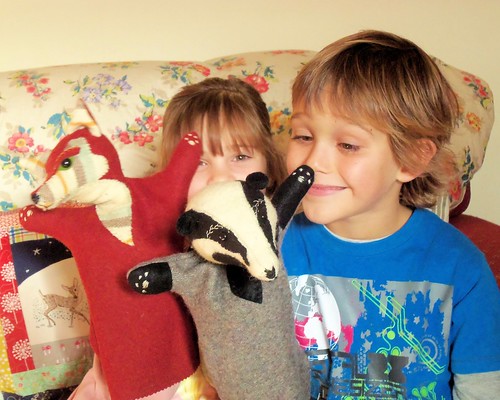 Then Emily and Mr Badger joined in … 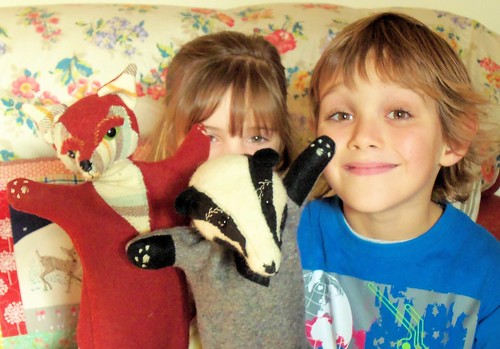 Come on out Emily, we can’t see you!! 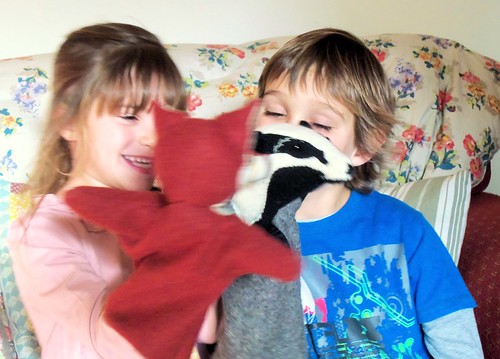 The session descended into chaos!! 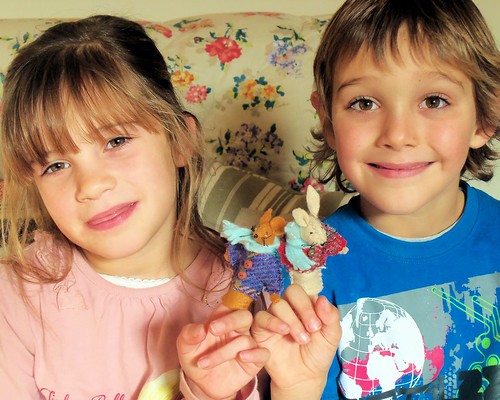 Order was finally restored when these little finger puppets made an appearance – and just as quickly disappeared, heading off home with the twins!

Patterns for all these puppets will be in the December issue of the Bustle & Sew Magazine – out this Thursday!

Now that is a picture I would love to see Ben laying prostrate waving his paws in the air!
What fun puppets – something for the grandchildrens stocking
Julie xxxxx

Can’t wait for the new issue. I don’t know which I like more – the fox or the badger – lovely!

Now I am truly excited about December’s ezine My Great Granddaughter will love the big puppets!! Also in my minds eye can see Ben just loving the tummy tickles! The Kids are so cute nice photo shoot! The chaos happens all the time when my Granddaughters are here!! It’s a Kid Thing!!!!

Love the puppets! My little boy would love them! Well done 🙂

I don’t which is cuter…the twins, the puppets or the vision of Ben getting tummy tickles!
X Linda