I can hardly believe it – just six – yes SIX weeks left until THE BIG DAY!!  I don’t know where the last year has gone, time has just flown by, moving ever faster as we hurtle towards Rosie & Dan’s wedding day on 28th June.  And there’s still so much left to do!  This morning, had anyone been watching, they would have seen me in the summerhouse, with a snowstorm of notes around me, trying to organise my to-d0 list….. 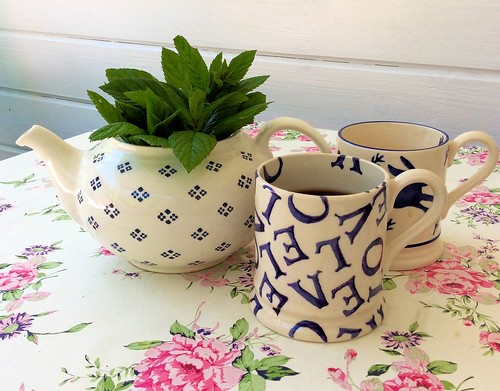 Stacking up the coffee cups as I shuffled, reshuffled, crossed-out and annotated my notes.  The mint leaves in the teapot aren’t for tea, but rather to help keep bugs away – quite successfully too I’m pleased to report.  After a while, the organising became all rather too much, so I decided to take a break and try out my bunting idea for the kitchen instead ….. 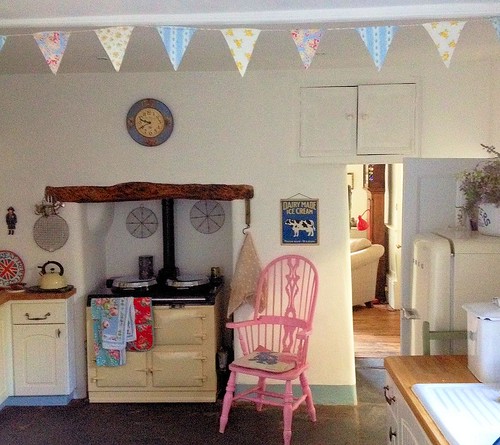 Apologies for the poor image quality, it was a bit dark and I was using my phone.  I have now worked out that I need strings of 10 flags to cross the room from side to side – now all I need to decide is how many strings to use, then add bunting-making to my list!  My bedding plants arrived today too.  We have grown quite a lot from seed, but after planting out it became apparent that a few more were needed …..

They’ll need planting out very soon indeed, but that’s a nice relaxing, fun task! I also had a lot of fun making a couple of new cushions for Rosie & Dan earlier this week – another project for the June issue of the Bustle & Sew Magazine …. 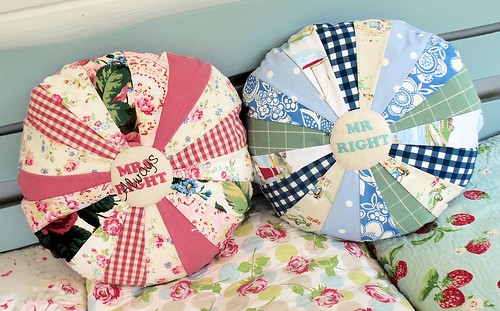 Mr Right and Mrs Always Right!!  I’ve seen quite a few Right and Always Right ideas online, but this is my own version – hope you like them – and that Rosie & Dan will too!

It’ll soon be here!
The bunting and the cushions look absolutely fabulous.
Must try the mint idea, I usually have citronella tea light. Think I might get a pot of mint to keep in the kitchen
Julie xxxxx

Thanks Julie, yes mint really does seem to keep the bugs away

Love these cushions, and your bunting!!! Hope all the planting goes well!!! And your two beautiful helpers are good!!!