Yes, it’s time for celebrations!  Today I published the 70th issue of the Bustle & Sew Magazine.  Yes SEVENTY ISSUES!!  Bustle & Sew first came into the world as my blog, way back in 2009, when I first began sharing some of my patterns online.

As the business began to grow and I met so many lovely people through the blog, I thought it would be fun to release a new collection of patterns and perhaps some sewing-related articles each month. The first issue was published at the end of January 2011 – and was sent out to a grand total of just 49 readers! It had 35 pages and contained three of my own designs, as well as some vintage patterns and one or two other bits and pieces.  Thanks to the loyalty of those first subscribers (some of whom, amazingly, are still enjoying the magazine today – thank you so much if that’s you) I persevered and three hundred people enjoyed Issue 16 (cover below) that contained four of my patterns and other sewing-related goodies. 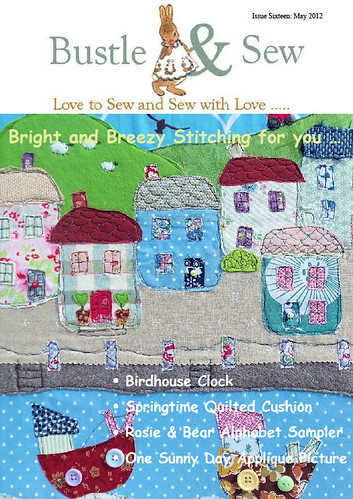 Fast forward another couple of years and we’re up to the six Bustle & Sew patterns I include today (this is all I can manage, I don’t think there will ever be more than six of my own designs, there simply aren’t enough hours in the day). I changed the cover too, in response to readers’ requests, so that the projects were all shown on the front – much easier for putting your paws on a particular pattern. 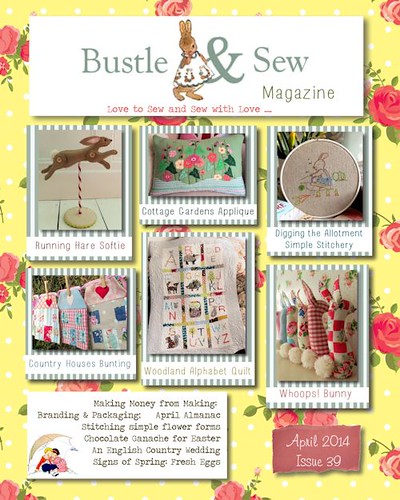 In 2014 Rosie joined Bustle & Sew and one of the first things we did together was to update our image, including retiring our old bunny  and commissioning a new version. Rosie had lots of great ideas for the magazine too, and it’s thanks to her that we now have some lovely contributors each month – one of my favourite parts is “chatting” to lots of amazingly talented makers. 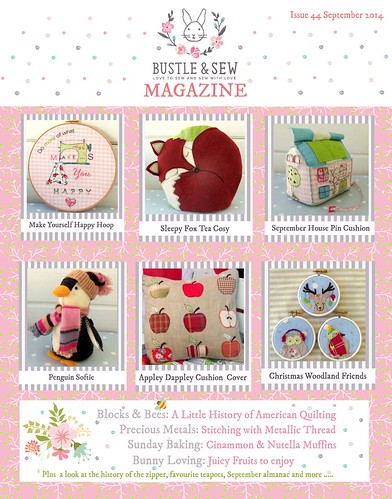 The contents have also changed over the last year or so to include not just sewing – though this is very much at the heart of the magazine, but also all the other things I love about home and family life here in the Somerset countryside. Now, as we head off into our seventh year (in just a few issues time), I’d just like to say the most ENORMOUS thank you to you – our lovely readers and subscribers. We simply wouldn’t be here without you and I do hope you’ll enjoy our 70th issue celebrations. 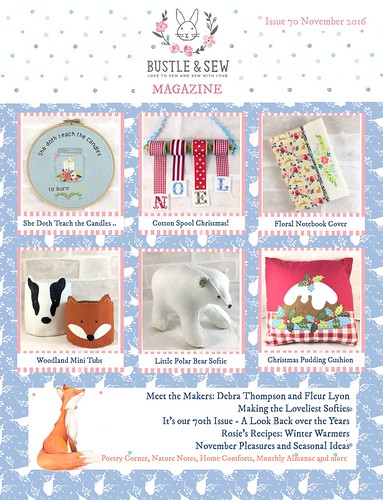 There will be lots going on over on our Facebook page over the next few days.  Rosie has already announced the first event – we’re giving away one of our most popular kits – the Unicorn Trophy Head …. Finally – at the risk of being repetitive – I really do want to say THANK YOU once again to everyone for all your support over the last nearly six years! And here’s to the next 70 issues haha!