I went out into my garden to take some photographs of my first completed project for the May issue of the Bustle & Sew Magazine.  I’m trying to get a bit ahead of myself rather than always working up to the last minute, so have been stitching madly in the evenings, while Daisy practises her “knitting” rolling around on the rug with a ball of wool.  She loves to unravel wool so I keep a couple of ends of balls for her to play with – but she’s only allowed them during the evening whilst I am supervising her activities to avoid any danger of her choking or becoming entangled in the yarn.  Anyway …. between re-winding her ball so she can unravel it once more and removing my slippers from her soggy grasp … I have managed to complete my Terrific Tulip bag ….. 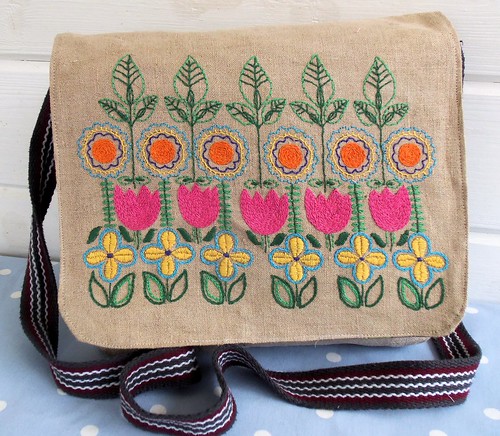 It’s a retro, 1970’s style embroidery featuring stylised tulips, daisies and sunflowers (with no regard for the seasons!) stitched onto vintage linen.  It’s quite a small messenger, measuring just 12″ across, but is surprisingly roomy inside.  I photographed it, as always, in my summerhouse and, although it is still bitterly cold, was surprised to see how many plants were in flower.  I snapped just a couple of them to show you … the Hellebores are still doing well …. 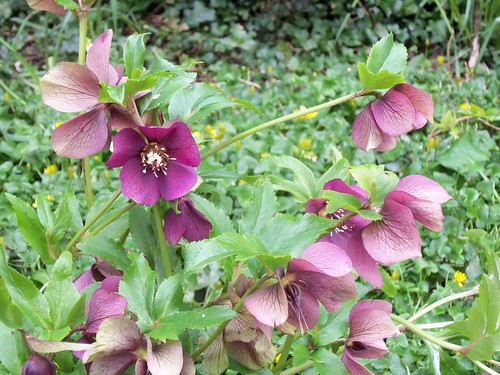 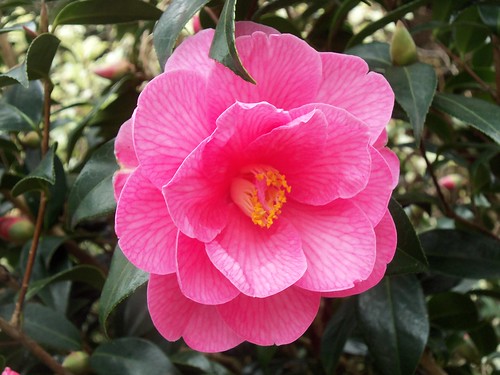 While these days there is almost always a Daisy to be found in my garden!  She’s five months old now and not so little any more – here she is with her long-suffering big brother! 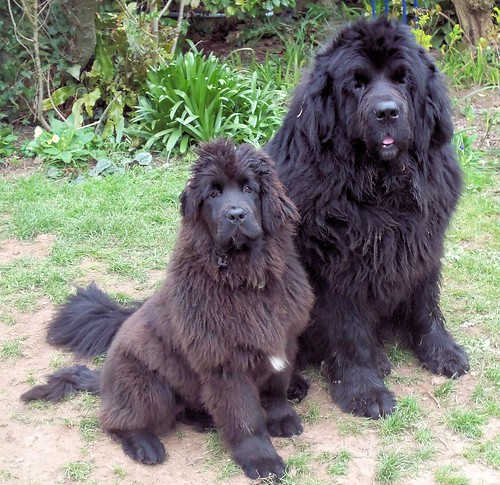 He loves her to pieces – though he tells me that she can be rather a pest sometimes!  Sorry they look so scruffy – but they had just been rolling around on my poor bare lawn.  Hurry up spring and make the grass grow again!

Great bag!
Its no-good I am going to have to say hello to Daisy oneday!
Julie xxxxxxx

Very Retro…love retro!! I can remember embroidering on all my clothes, from my denim shirts to my pheasant Easter dress. Oh Daisy you are getting so big!!

What a magnificent pair of beasties, but they must need so much grooming! Ruby’s been for her bath and haircut today so all we have to worry about is grooming her ears and tail. I’d love to keep her feathers, but it’s just too much hard work.

Hi Amanda, yes you’re right! Ben’s off to the groomers next week for his monthly session, but little Daisy’s puppy coat is still short and fluffy, so no worries there – yet!

Oh my goodness, they are adorable!!

My teenage daughters are interested in the new bag. Very cute. Where did you find your vintage linen?

They are both so lovely!!!!

Love the bag and the tulip design. Hello to your cute babies!! lol