If you are a regular reader of the Bustle & Sew Magazine you may have noticed that the current issue, that’s March 2019…. is number 98 – which means that the next edition but one will be our ONE HUNDREDTH issue!  This is all very exciting as when I first began the magazine, over eight years ago now, I never in my wildest dreams imagined that it would run to more than a couple of dozen issues – let alone a hundred, thanks to all our lovely readers and subscribers.

So much has changed since then- back in 2011 I was living in south Devon in a farmhouse near the sea with my two (then) Newfies, Amy and a very young Ben…. 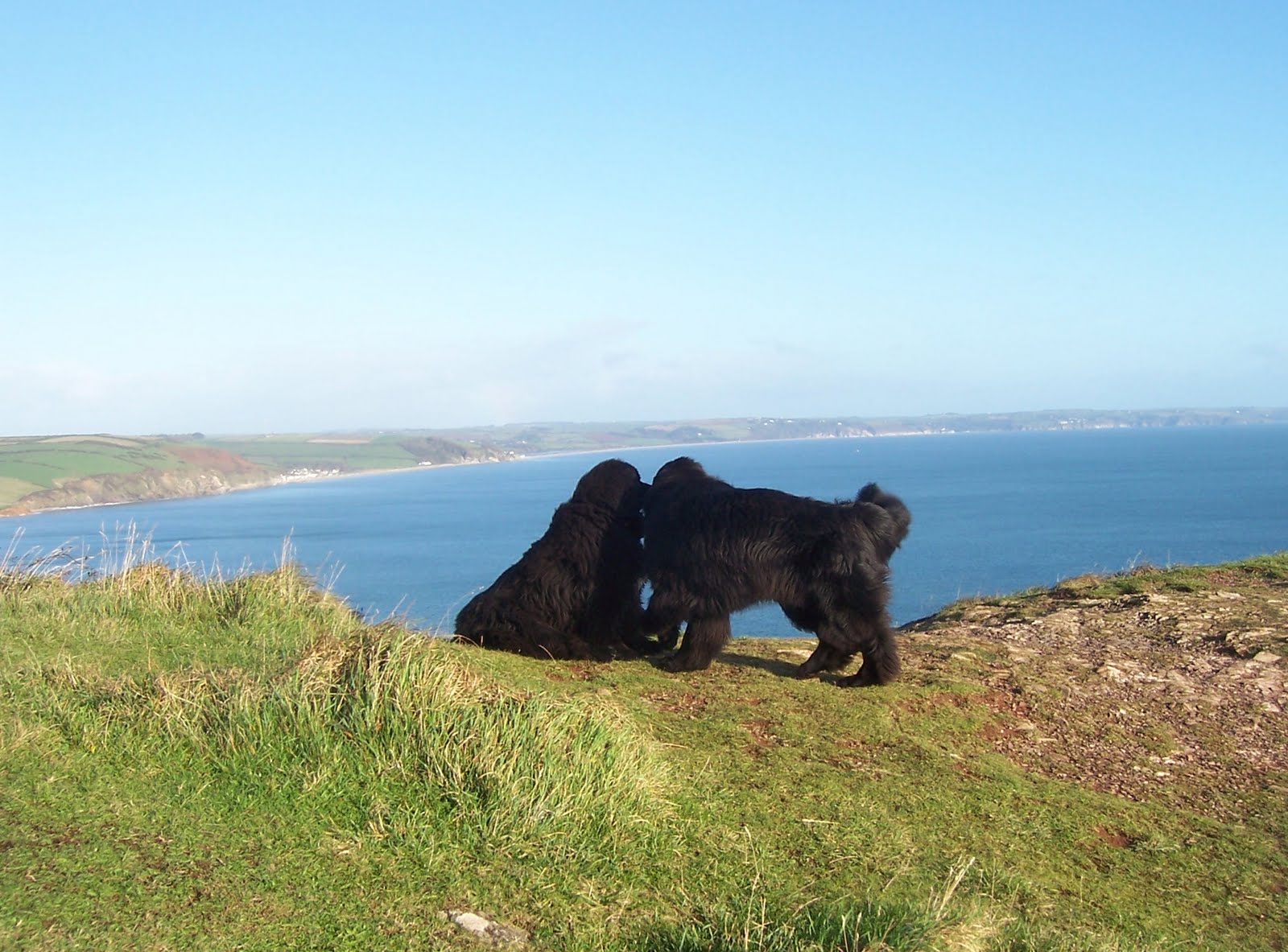 Seen here on one of our regular walks – around Start Point looking out across the bay towards Torcross and Dartmouth.  You may not be aware that Bustle & Sew was named for this naughty pair!  Amy used to love to bustle around, full of her own importance, and would often sit (rather heavily) upon my feet while I sewed.  At the time Ben was young and slinky, with a supple body and long sinuous tail.  But I couldn’t call my embryo business Bustle & Slink – and so I substituted Sew for Slink – and that was how Bustle & Sew was born.

After Amy passed away, our own resident canine super-model, the ever-effervescent Miss Daisy arrived – definitely the most glamorous (and accident-prone) among Newfies, while we lost Ben in 2017 at the grand old age (for a Newfie) of ten and three-quarters. 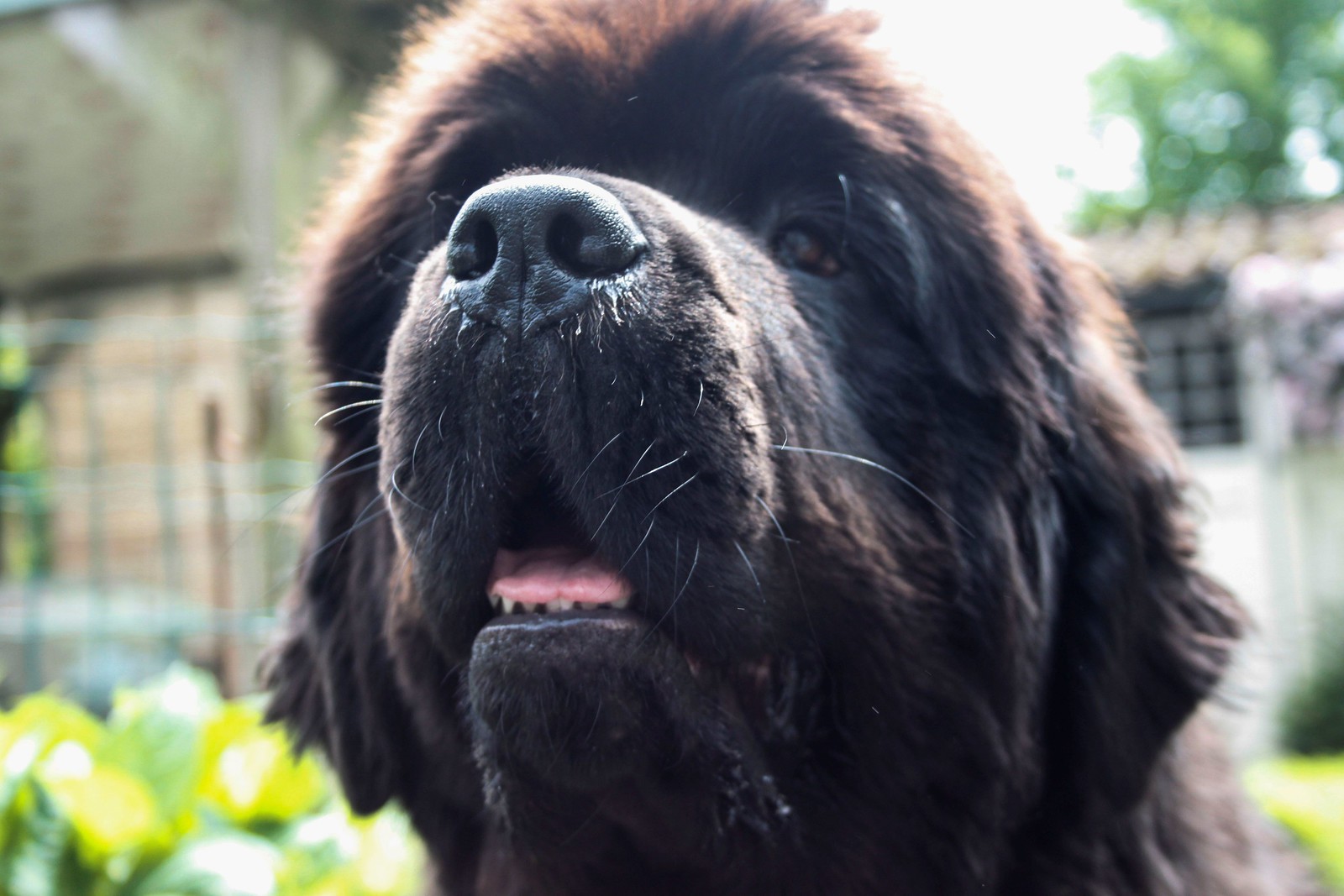 In 2015 I moved from Devon to Somerset, where I now live in an old stone cottage on the edge of another village surrounded by fields and woodlands, though not too far from the sea after all, it’s only about forty minutes to our nearest beach, and only a little further to Clevedon, home of one of the prettiest piers in England according to Sir John Betjeman (and who am I to disagree?) 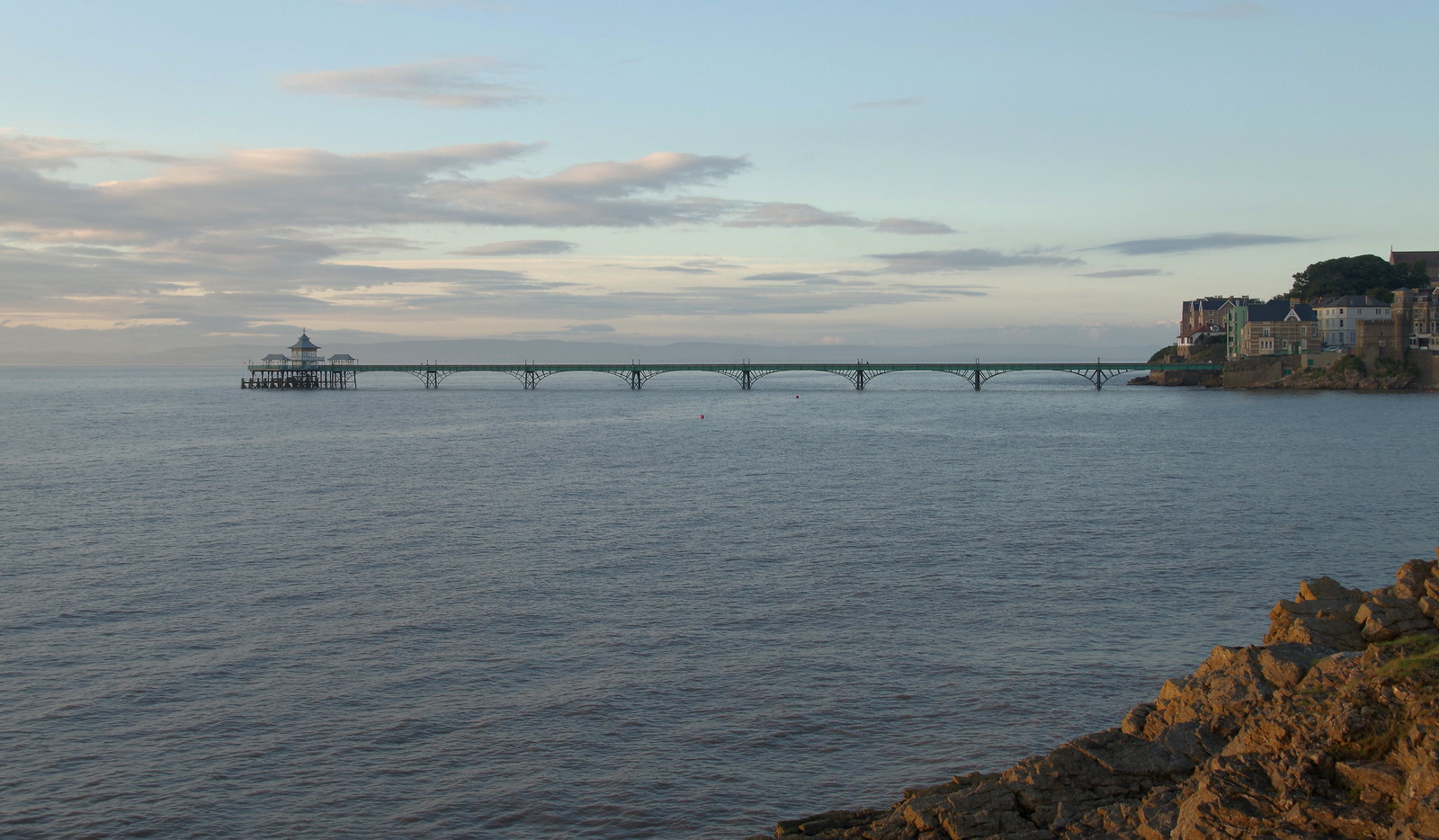 My daughter Rosie joined me in Bustle & Sew in 2014, and has been a breath of fresh air, full of ideas and enthusiasm, as well as being a bit of a whiz on social media – where she’s currently in the middle of organising our one hundredth issue celebrations to go live in May.  I know she has lots of exciting things planned on Instagram in particular, so if you’re not on there, then please do consider heading across and following the Bustle & Sew account – I’d hate you to miss out on all the excitement! And, feeling nostalgic for those long-ago early days, I have been looking back through some of my old patterns and photos, and came across this one featuring some of my earliest softie and applique designs – a trip down memory lane indeed!

Wow – what awesome memories! How fun it must be to open the cupboard to all those goodies.