The ingredients were assembled 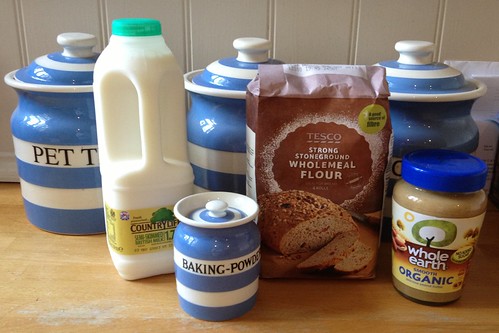 After weighing and measuring, Rosie began to stir the ingredients together ….. 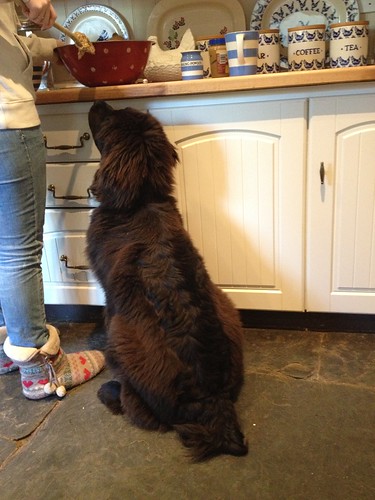 Assisted by Daisy, who was keen to check that everything was properly combined … 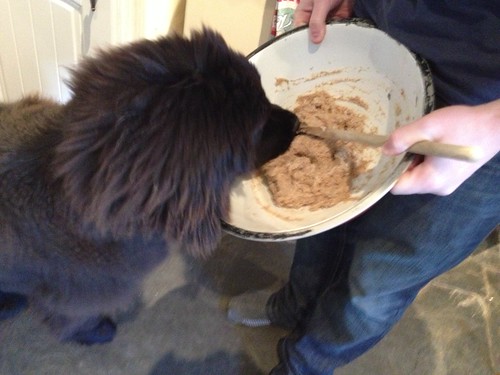 (note:  this would not normally be allowed, but we were making doggie treats!)

Daisy thought a taste test was needed, and seized her chance when our backs were turned …. 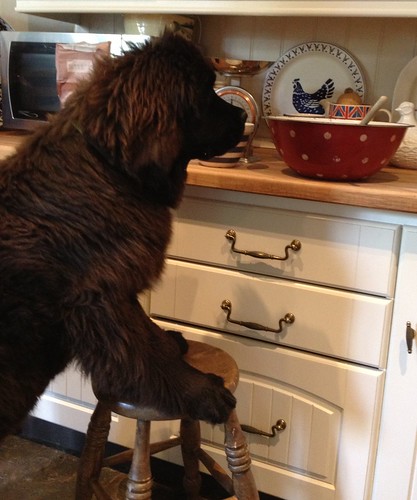 But luckily was spotted in the nick of time! 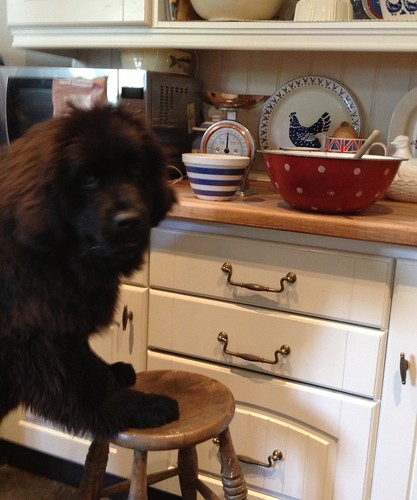 Does that look like a guilty expression to you? 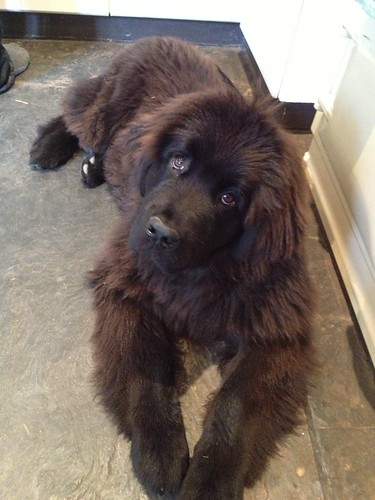 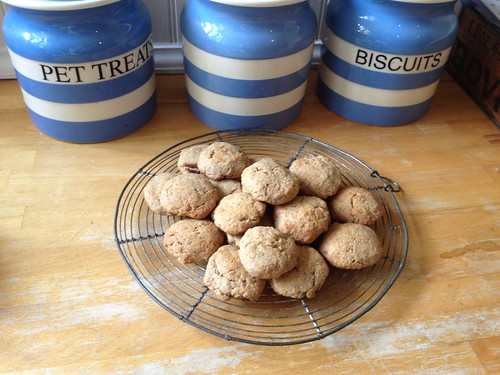 At last they were done and I was assured by both Newfies that they tasted delicious.

Find the recipes for Daisy’s Delights and Ben’s Biscuits in this month’s issue of the Bustle & Sew Magazine – out on Thursday 30 May.

Look at that face!! Oh daisy, you are a treat! X

Enjoy those treats! Looks like they were made with loads of love.

That is great!! Now I can make some for my 4 legged pals!!! Thanks Helen will be waiting for the zeine to get the low down!!!