Today has been one of those bitty sort of days – the kind where although I’m very busy with not a moment unoccupied, I look back at the end of the day and wonder if I have actually achieved anything?  Though I think I must have …. 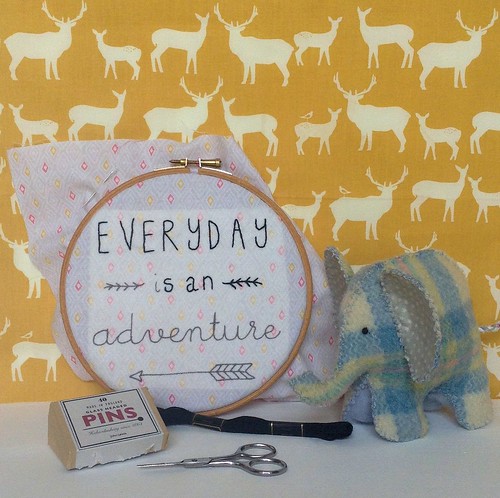 I did finish “Peanut” – a little baby elephant softie for the March issue of the Bustle & Sew Magazine.    Easter brings the beginning of Craft Fair season and for those who make to sell, Peanut (and his brothers and sisters of course!) could be a nice addition to your stall as he can be made in just a couple of hours – and possibly less if you’re a speedy stitcher.  I also nearly finished working one of Rosie’s designs – in the hoop next to Peanut.  This is a bit of a spoiler photo, as we’re not quite ready to show you her whole range of patterns, but the grand reveal isn’t too far off!

Then I took the dogs to the beach at Beesands …. 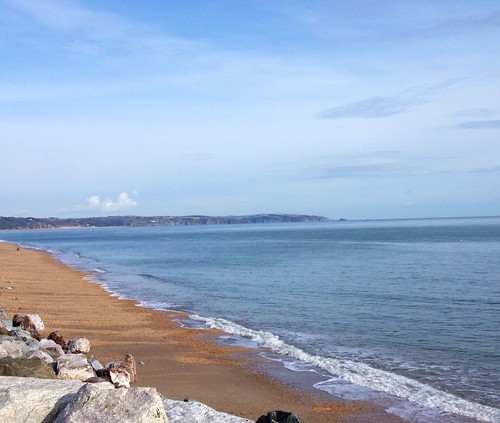 Such a beautiful day – but oh, so very cold with a raw easterly wind blowing across the bay.  Even the newfies declined to swim, though they did enjoy a little paddle at the edge of the water.  And then it was home again, this time to set up an area in my workroom for making some videos ….. 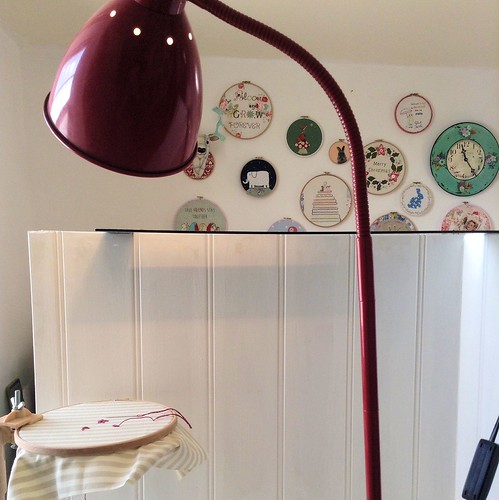 It was really tricky getting the light just right, but I think I’ve managed it now.  I’m planning some how-to videos to accompany Rosie’s patterns, as well as a series of embroidery stitches.  And if there’s anything you’d like to see, then please do leave a comment below – I’d very much like to hear any suggestions you may have.  Now I have super-fast broadband video-making has become a real possibility and I’m very excited to get properly started.  But in line with my bitty day I didn’t actually get to make more than a 30 second test video as it took me a couple of hours at least to get everything set up – and then it was time to go out again, this time to the dentist in Kingsbridge …. 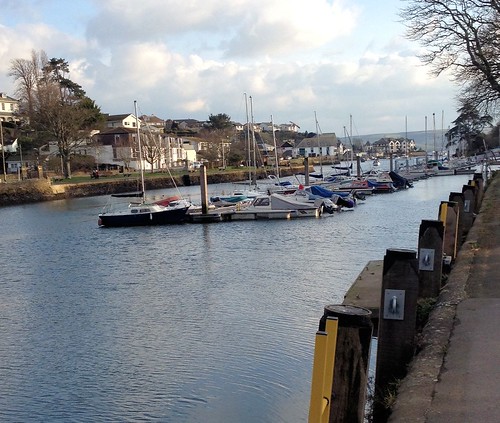 Just for a check up.  I am pleased to report that all was well, and I stopped on the walk back to the car to take this quick shot of Kingsbridge Harbour.  And now it’s teatime.  So  that was my day, and although it was full of activity, I’m not sure it was one of my more productive ones.  But never mind, there’s always tomorrow ……

Funny I had a dental check-up this week too! We often have days like that, doing little jobs inbetween popping out to do something else. When I was little in the 60’s and a few times in the 80’s when my boys were little, there used to be a little train that ran along the harbour at Kingsbridge as I remember
Julie xxxxxxxx

Have never seen the little train – would be lovely if they reinstated it! xx

Thanks for letting me know Belinda, will add them to my list xx

Oh Helen Peanut is so cute. How lovely. Do hate ‘bitty’ days as there doesn’t seem to be any continuity, always a problem when appointments drop into the middle of the day. Looking forward to your videos 🙂