I haven’t blogged for a few days for a couple of reasons…. firstly … August’s e-zine is published on Thursday and I’ve been bustling round putting the final touches to this special seaside issue.  And secondly …. well, secondly was a bit of a first actually, if that makes sense?  Ben and I have been to Bristol together, to visit Rosie and take in the Bristol Harbourside Festival.  First time Ben has been to the big city and the first time he has ever stayed in a hotel!  Yes – a dog-friendly hotel!!

The Harbourside Festival was great, loads to see and really busy, but my furry friend was totally unfazed by the crowds.  We couldn’t stop to greet all his new admirers though as we were heading for a very special spot at a very special time.  We passed all the boats decorated with bunting… 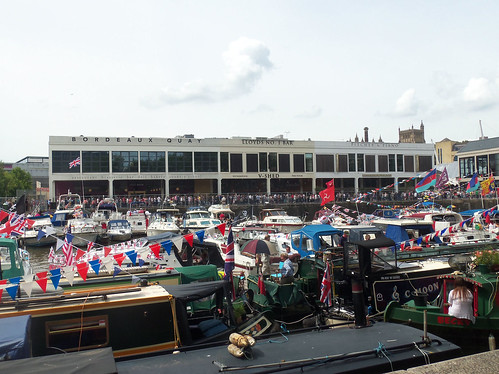 and were lucky enough to see the wonderful replica ship Matthew 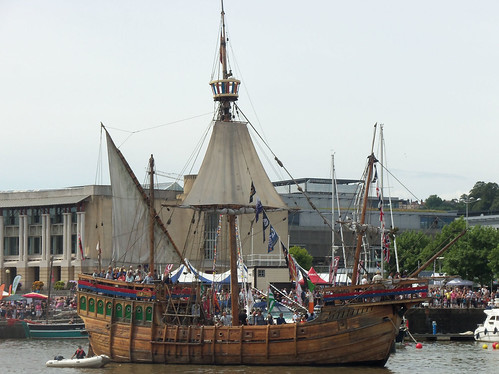 The original Matthew was John Cabot’s ship – he set sail more than 500 years ago hoping to reach Asia. In fact, in 1495, he landed on the coast of Newfoundland .. which brings me neatly to our reason for visiting Bristol this weekend. We came to see the Newfound Friends Display Team – yes Newfoundland Dogs!!  Ben was under strict instructions to watch and learn.  We arrived early and secured a great vantage point.  As the display started Ben was absolutely riveted!!  He couldn’t take his eyes off them.. 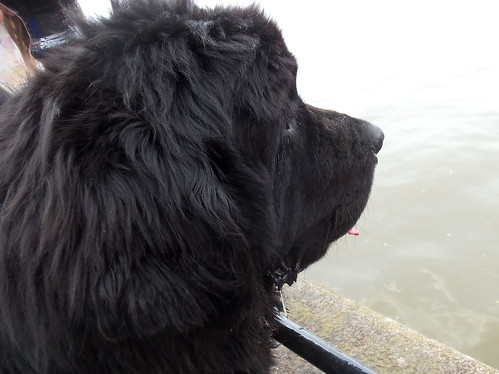 … as they leapt into the water.  None of this putting your paw in first to check how deep it might be – no, flying leaps were the order of the day… 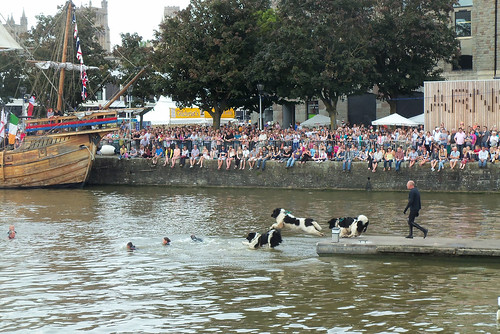 I felt sure that Ben was absorbing it all …. 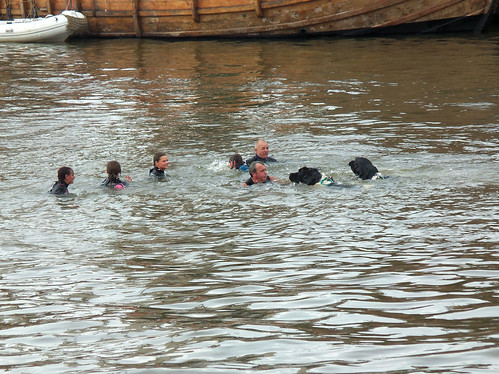 And that when we returned home he would amaze me with his daring aquabatics on the beach. We went to Rosie’s for supper and he was exhausted – not even enough energy to munch on the lovely dog-chew she’d bought for him.   So, on our next trip to the beach … were there flying leaps and daring deep water swimming through large waves?   What do you think? 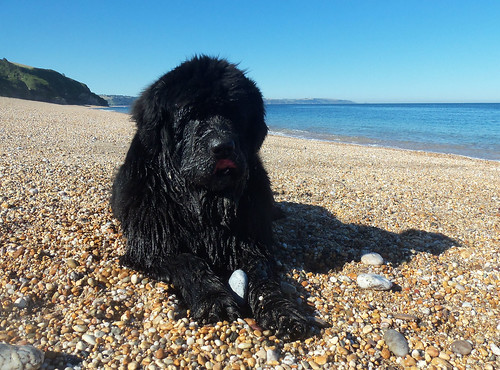 Of course not!!  A little gentle swimming was followed by some serious posing and collecting of beautiful pebbles to take home for his collection.  Clearly, although he was watching – he did not learn!

Laid back then………..?
Julie xxxxxxxxx

Well….What can I say……I also collect pebbles at the beach rather than swim… :-/
Love the photos of Bristol! Thanks for sharing the events of your day!

Enjoy Bustle and Sew blog so much. I think I will subscribe to the e-zine. Your patterns and blog are refreshing and creative!

I am oh sew happy to of found your blog and site. I just love all the wonderful things you have here. My Granddaughter and I have made Charlie the Patchwork Elli, and made 2 of the Mice. I bought the 1st e-zine that you published and will continue to come here very very often for your simple down home inspiration which reminds me of sitting with my Grandma’s and learning to do handwork as a child a very long time ago. Thank you for reminding me of days gone by and helping me to do the same with my Granddaughters.