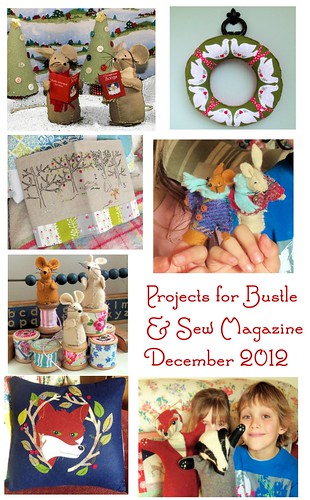 At last the December issue of the Bustle & Sew Magazine is finished and safely uploaded.  I’ve mixed Christmas projects with some for games and toys, as well as the Fantastic Fox cushion I showed you back at the beginning of the month.  Publication day is Thursday, so not long to wait!

Ben always gets very bored and fidgety in magazine week.  This is because I have to concentrate very hard on all the computer stuff, and so he does not receive the amount of attention that he feels is due to such a handsome animal as himself!  But at last everything was done and I called him to get ready for an afternoon walk in the woods.  He was anxious and eager to get going, bouncing all around the hall – and eventually surpassed himself by coming down heavily upon my foot… 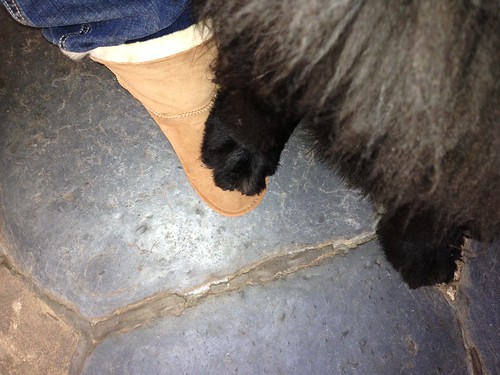 .. and then refusing to move until I gave his big furry bum a good push! Ouch!  But he was far too excited to care.  It’s looking very wintry up in our woods.  Most of the leaves have fallen, but at least the rain has finally stopped and I was able to catch a good shot through the trees…. 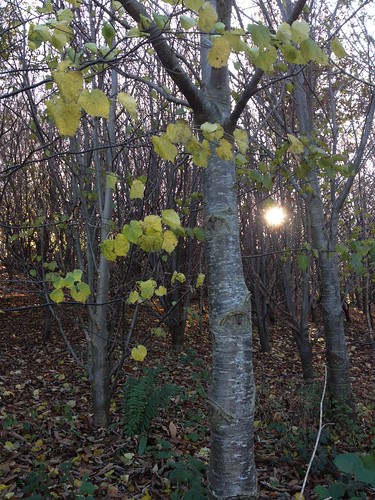 The sun was low in the sky, so I didn’t delay to take more “artistic” snaps, but hurried on after my impatient friend  who hates waiting for me to take photographs …. 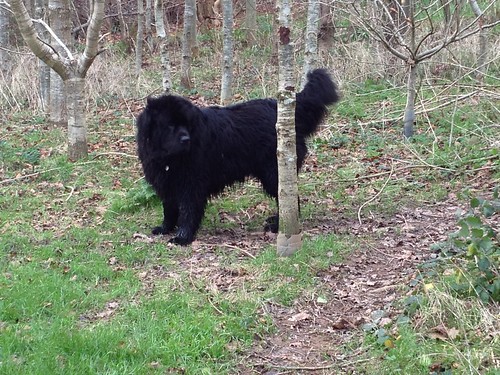 But perhaps it’s just as well we did hurry along (although I was limping slightly!).  When we emerged from the shelter of the woods into the path through the fields on the other side, this was the view we saw …. 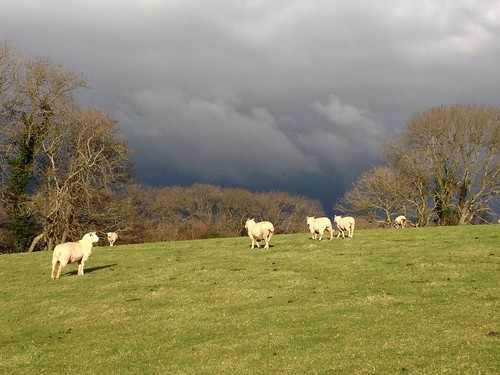 And we made it home just in time before the heavens opened!

What a beautiful view, and the sky, though ominous and moody, is truly stunning.
Looking forward to tomorrow and December’s ezine issue. I have some lovely ‘foxy red’ wool felt that I just can’t wait to use!
Hope your foot is much better…
X Linda

Hope your foot is feeling better. You live in a beautiful place. I just love seeing your photographs. Looking forward to this month’s issue 🙂

I’m looking forward to making some of these lovely projects. Do you have to bath Ben when you get back from a muddy walk, or does the mud just fall off him?

I chuckled at the rely you sent Amanda. Perhaps Ben wants to be an artist, perhaps you sell his works of art……….

I am fed up with this rain, anyone who mentions drought next year and I will………well I’m not sure what I’ll do!

I am simply in love with your area, I’m new to your site and you have probably answered this question, what area do you live in, is it as rural as it looks, love your things but love your local tooooooo……. hope you have a great holiday…………………….

I just want to say how much I enjoyed your hedgehog video!
How adorable!! :o)
I think you auto do another film about the mice! :o)
I’m looking forward to seeing you all become famous!

Also…..
What beautiful pictures of the countryside!
Thanks so much!
Blessings,
Denise