There’s always one …. and it’s always Daisy!  Although Daisy has the sweetest, happiest, most loving nature, she has to be the clumsiest dog I’ve ever owned.  She has been known to trip over her own front paws and land on her nose, is totally unco-ordinated and has the most peculiar gait – rather like a camel, she often moves both legs on the same side together.  We also think she has problems with her eyesight, which could explain why she knocked me over so many times as a puppy before she’d learned to compensate.  Even now I’ve watched her head for a gap in the hedge, only to miss it by six inches and end up with her snout embedded in the foliage.  She was born with a crooked tail – bent into two right-angles and the vet thinks her spine is a bit wonky too.  But none of this dents her confidence, she most certainly isn’t in any pain, and very strongly believes in getting out there and enjoying life …. 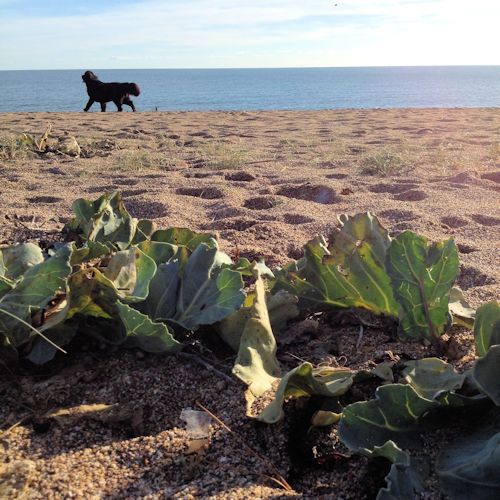 Though quite where she’s heading off to in this picture I have absolutely no idea.  I don’t suppose she knew either! Her enthusiasm for getting into scrapes knows no bounds – if we go past a muddy smelly ditch on our walk, then she will find it …. fall into it …. 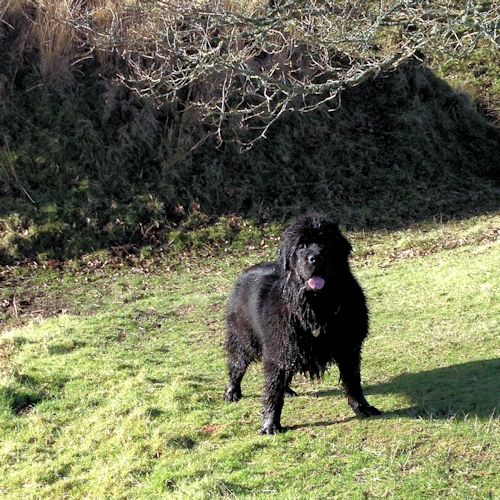 and emerge looking very pleased with herself!  She’s also smaller than the average Newfie, weighing in at around 8 stone (that’s about 112 lbs) compared to Ben’s nearly 12 stone (160 lbs), though males are larger of course.  But though she bosses him around unmercifully, they love each other very much ….. 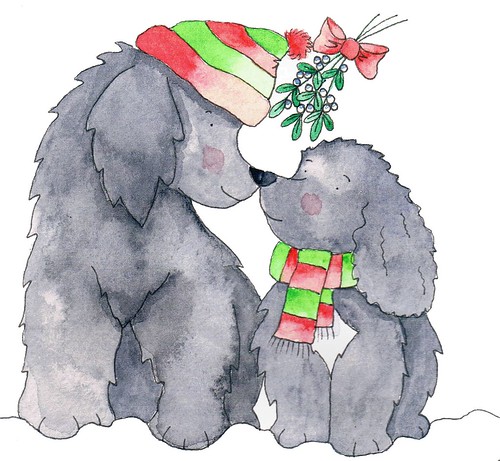 Which I think my friend Jacqui (Flapdoodledesigns) has caught perfectly in this year’s Christmas card.  Isn’t it great, I absolutely love it!

But here at Bustle & Sew I’m already thinking beyond Christmas and have nearly finished the January issue of the Magazine.  Here’s a quick peep at this month’s projects ….. 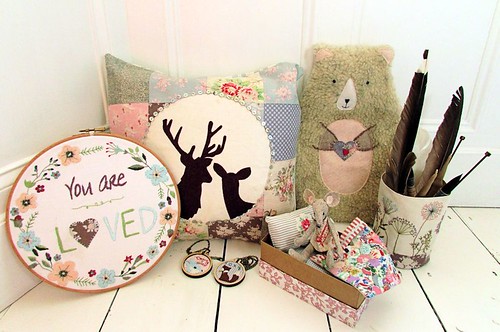 And I’ll be back later in the week with a full preview – provided I can convince Daisy that I really can manage without her “help”.  Easier said than done!

Looks like Daisy could smell something in the air and has gone to investigate.
Julie xxxxxxxx

Could be, though knowing Daisy she’s probably heading off in the completely opposite direction lol x

LOL Oh Helen, Daisy is adorable and maybe her clumsiness is down to her eyesight but that is what adds to her personality. She is gorgeous and I am sure you wouldn’t change a thing about her. I get the impression she’s rather like a tomboy trying to be a lady LOL Bless her xx

Thanks Kathleen, yes we love her to bits xx

Daisy is super cute and her personality certainly shines through in your photo’s.

Aw, thanks so much xx

Whatever is wrong with Daisy she is gorgeous, her kinked tail just adds to her character 🙂
Love the makes for the new issue of the magazine Helen.

Thanks so much Lynn – and Daisy certainly has LOTS of character! xx