We were so lucky with the weather on Saturday.  It rained early in the morning and again for a short time in the evening but otherwise the day was warm, dry and sunny – such a bonus as the forecasts had been so bad in the period leading up to THE BIG DAY.  However … this wonderful weather did cause a bit of a hiccup early on in proceedings.  I was able to laugh about it afterwards, but at the time it really wasn’t funny at all! 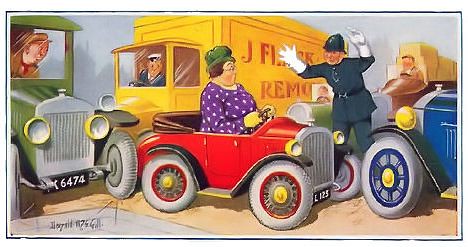 Dan had arranged for two beautiful vintage cars to take the wedding party to the church – only about five minutes drive – but a narrow, twisting road prone to congestion during the summer months.  The bridesmaids and I were to travel in the first car, and would arrive hopefully around 15-20 minutes before the bride and her father.

We duly set off, only a few moments behind schedule, but almost immediately became trapped in a battle between the number 93 double decker bus travelling in one direction and a caravan and coachful of foreign visitors proceeding the opposite way.  Nobody was able or willing to reverse and there was a stand-off whilst traffic quickly snarled up behind in both directions.  This traffic of course included our vintage car which quickly began to overheat in the sunshine.  Steam began to rise from the radiator and the car refused to go any further once the jam had cleared.  We were stuck!! 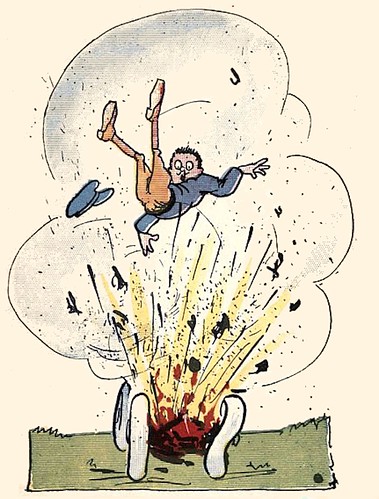 There was nothing for it but to leap out of our vehicle and try to flag down a car and beg them to take us to the church. Just imagine two bridesmaids and the mother of the bride running down the road in all our finery  trying to thumb a lift!!   Luckily, this being a friendly rural area, some lovely people did stop and pick us up and we arrived at the church less than 5 minutes before Rosie and her dad (who experienced no problems at all thank goodness, but were rather concerned, having seen our car – minus its occupants  -steaming gently at the side of the road).

I guess this is one of those family stories that will always be remembered, and it’s very funny now – but certainly didn’t feel in the least bit humorous at the time!  Why do these things ALWAYS happen to me?!?

I don’t know why but I am crying after reading this! Knowing the roads in that area glad it turned out alright in the end.
Julie xxxx

I did, I got a big lump in my throat!
Julie xxxx

OH My. there always seems to be some “tragic. rememerable event that halts plans to a perfect wedding…so glad it worked out for the best.

The images of you and the bridesmaids in all your splendour hitch hiking sounds like something from a carry on….. Wish I’d seen it

It was definitely a bit of a carry on – it could only happen to me! I’m just so pleased Rosie and her dad didn’t have any problems.

Oh dear! But All’s Well That Ends Well as Shakespeare said. At least you got there before the bride! When my daughter got married last year we set off a good 15 minutes before her, our driver took a different (longer) route and when we got there she and my husband had been sitting outside the church for 10 minutes wondering where we were. At least you can laugh about it afterwards 🙂

I am so glad for the couple who stopped to give you a lift to the church Helen, this will be a story to tell over and over when the family gather round.
Sorry but it did make me smile when I read your post. xx

Yes, it’s funny – now! I took flowers and a card round to the couple who saved us and they were so pleased, a lovely elderly couple, it is the lady’s 88th birthday today. Happy birthday Margaret xx

I’m just relieved to read that the car mishap was only an overheating. Given congestion on the roads, it could have been much worse!

Helen, It is not just you, seems every wedding has some sort of last minute mishap. Wonder why that happens ? Your delay was beyond your control so you shouldn’t feel guilty. You are right. This mishap added memories and now laughter to the wedding day. Wishing your family the best…now where are the lovely pictures ?

Hi Brenda – no I don’t feel guilty, and now it’s really funny. I’m looking forward to sharing some pics with everyone, but can’t do so until Rosie’s back from her mini-moon and helps me choose the nicest ones to show you. xx

Unfortunate but at least there were nice people to take you to the church, it will be one of those funny memories to recall and to add to the wedding journal/album, to show your grandchildren, they always like to hear of the funny things that happened to their “oldies” . Glad the day turned out perfect, and best wishes to Rosie and Dan!!!!

So glad all went well in the end!
Reminds me of my wedding day when my Mum’s car broke down on the way over to my house. It broke down just near Parkhurst Prison, which at that time held a lot of IRA prisoners. She walked to mine and rang the police to explain the situation and they told her it had to be moved immediately or it could be considered a security threat and be blown up! Several phone calls later all was sorted, but I had visions of arriving at church not to the sound of bells but to the sound of my Mum’s car being detonated! Like you, we can laugh now but it was very stressful at the time!

Oh my goodness! I can only imagine how you must all have felt!

I am so glad that things turned out right!

Yes, they were lovely and I popped round earlier this week with flowers and a card for them.