If you’ve been reading this blog lately, you’ll know that this month saw the publication of the one hundredth issue of the Bustle & Sew Magazine – first published in February 2011 – over 8 years, and what seems like a lifetime ago.

Back then I was living in an old farmhouse by the sea in deepest Devon.  From my bedroom window I could see the beam from Start Lighthouse swinging across the sky in deep regular arcs, and would wake to the salty seaside smell of low tide on the nearest beach – less than a mile away.  I was married, while Rosie and Dan were still girlfriend and boy friend – and my little grandson Freddie of course wasn’t even thought of!  But that was then, and so much has changed since those early days, not just within the covers of the magazine as you can see from above, but in my personal and family life too. There has been a lot of joy and laughter – Rosie and Dan’s wedding was the best of days, and of course Freddie’s birth the following year was just amazingly wonderful – I am such a proud grandma – or Rara as he calls me.  This goes back to his earliest attempts at speaking when he couldn’t quite manage to say Grandma and has stuck – after all nobody else has a Rara picking them up from playgroup or nursery, so there’s never any confusion!  But there have been sad times too.  I have lost two dogs during these years – my first Newfie, Amy, whom I adopted and brought to live with me in Devon…. 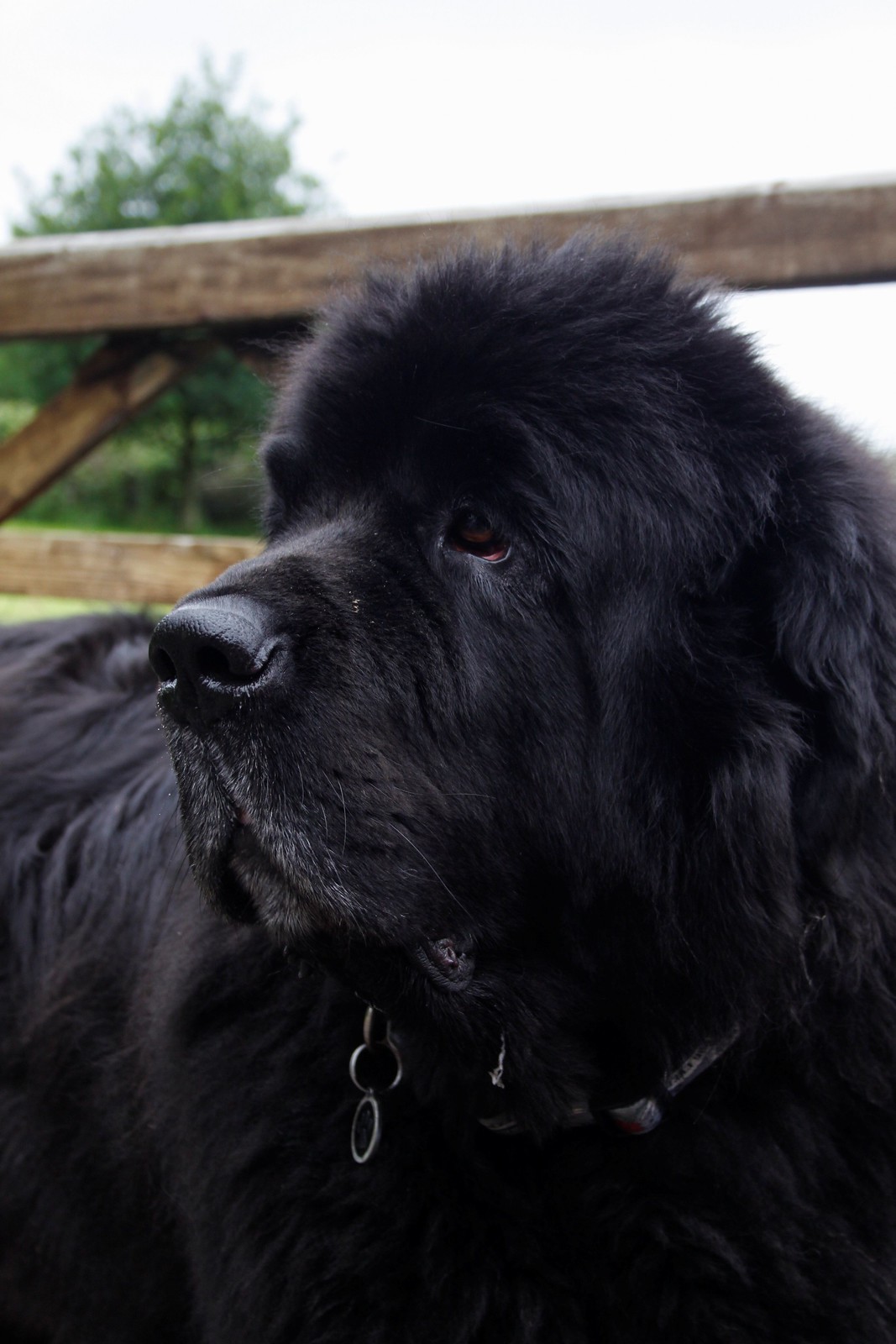 And sadder still, the loss of Ben, that’s him above, my companion for more than a decade with whom I shared all my secrets both happy and sad (he never revealed them to a soul).

But it’s more than looking back over eight years of the magazine that’s prompted this rather reflective post.  I haven’t ever mentioned on this blog that some years ago my marriage came to an end.  I didn’t see it coming, though perhaps I should have, and it all came as rather a horrible shock.   I didn’t then, and don’t now, want to go into any details, suffice it to say that actually completing the divorce process has been a rather long and drawn out process.  But I have now received the decree absolute, finally dissolving over 3 decades of marriage.  And I felt when reading it, let’s just say, a little odd.  It has been a difficult few years, but now it’s all over and life goes on. What I would like to say however, is a great big “thank you” both to everyone who has supported me in “real life” during this time, and also to everyone who has supported Bustle & Sew over the years, whether by leaving comments on this blog, Facebook or Instagram, emailing me, making a purchase or subscribing to the magazine. Your belief in Bustle & Sew, your positivity and support, creative input and simply being there has made all the difference, especially in the darkest times, when I needed to believe that I could actually do something right. And now, I’m looking to the future once again.  Along with the ever effervescent Miss Daisy, we have a new team member, the rather aloof and capricious Inca, who has joined us courtesy of my new partner, whom I’ll call “The Engineer” for now as he’s rather shy and doesn’t want to appear in this blog.  Who knows, perhaps one day I’ll persuade him.

Until then, all I can offer is the latest picture of Daisy and me, I’ve been trying to take a new picture for the magazine introduction page and been totally dissatisfied with the results – including the most beautiful (in her opinion at least) member of the team is makes, I think, a definite improvement…

What an amazing life path we all lead, never knowing from day to day what may happen! We make our plans for the future but cannot guarantee that life will oblige us! Thank you for sharing this post about you and your family, you are inspirational! With all you have been through you are a successful business woman as well as an obviously adored mum & grandmother – you should be proud of yourself. Wishing you every happiness in the future with your new partner and may you continue to go from strength to strength with the beautiful magazine.xx

You are so very kind Janis and I’m sorry it’s taken me a little while to respond. You’re quite right of course, we never know what’s around the corner – all we can do is keep doing our best – and stitching too of course. Thank you again for all your support. xx

I was so pleased to read your newsletter and hear that you are so happy with the new “additions” in your life. Also, as always, I have to say that Miss Daisy is just adorable! I love cats and Inca looks like she’s made herself at home with you. Thank you for sharing the lovely photos with us.

Love,
Diana – Inky and Echo send their love, and woofs, to you all, too.
xxxxxxxxx

Thanks so much Diana, you’re so very kind. And… I’m sure Inky and Echo would approve – Daisy is now officially a Big Sister in Waiting as a little labrador pup will be joining us later in the summer. Love to all xx