Earlier this year, at the beginning of lockdown, some readers may remember being introduced to the newest, cutest and fluffiest member of the Bustle & Sew team…. 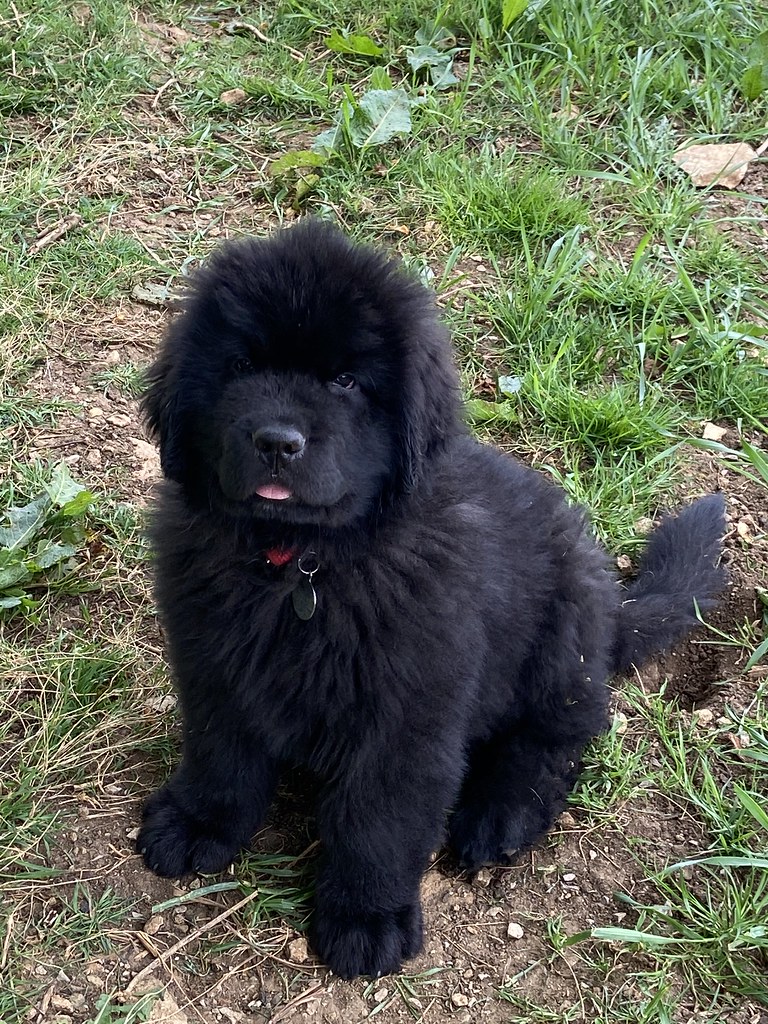 Young Ted – a present from the Engineer.  He was a tiny little scrap of a pup, but experience should have warned me that his cute fluffy exterior concealed a giant-size personality, that he would quickly grow into over the coming months.  Fast forward to last week…..

And here is the young rascal (for once chewing something he’s supposed  to have).  He’s now larger than Daisy, weighing over 50kg (110lb) and I have a feeling that he may end up being bigger than Ben, as he’s still only 8 months and has quite a bit of growing yet to do.  As he grows, his puppy fluff has changed to a more adult coat, so visits to the groomer have had to be introduced.  The first couple went fairly well, as he was still small enough to be manoeuvred into position  and couldn’t make his feelings properly known.  Buoyed up by these early successes, I booked him in again last week.

But…  I am so embarrassed to have to report that .. . he has been expelled from grooming. (oh, the shame of it!). He didn’t want to get in the bath so simply lay down and refused to move. At all. I was called by the groomer with a request to go and retrieve him from his prone position and remove him from the premises forthwith.   She also suggested that another groomer would perhaps be more appropriate to cope with his needs. I would add that our groomer is a lovely lady who groomed Ben while he was still with us and that she is quite happy to keep grooming the VERY GOOD Miss Daisy (below). But that was not the end of my day.  Returning home I felt the need for a restoring cup of tea. Sitting by the window I was very surprised to see my granddaughter’s toddler slide apparently taking itself for a walk around the garden – until it turned the corner round the flower bed and revealed Ted carrying it along.

A whole slide in his mouth!

He has definitely entered his rebellious adolescent stage!

Expelled!!! Oh my, Helen! You certainly have your hands full with Ted! Best of luck!
XX Linda B.

Haha yes indeed Linda, I had forgotten just how naughty they can be! Daisy was the perfect pest in her youth, but now of course is the dignified matriarch keeping the youngsters in order! xx

OMG Helen I have tears rolling down my face. He is adorable though, how could you be cross with him for long?
Do you get your pups from the same breeder?

Hmmmm… he is now known as Ted the Dark Destroyer, following a number of separate incidents involving a large plant pot, swing seat (don’t even ask) and young tree. Luckily for him he is a much-loved Destroyer!! No, they’re not all from the same breeder x

That is too funny.
We are dog lovers as well.
Usually having three at home. Years ago 4.
But never as large as Daisy.
They run from petite, small medium, Golden Retriever.
My dogs keep me busy, happy and laughing all through the day.
I just looked at your site for the very first time. Just beautiful.
When my husband and I first got married we moved to London England for 9 months.
My husband did a Masters degree In LOndon School of Economics.
We are from Montreal Quebec Canada. One of the things I brought from home was a few tapestries of embroidery work kits. I loved doing them. It has been years since I have done anything. So I am looking forward to going back to it.
Thank you ever so much.
Be well and safe

Lovely to hear from you Marsha, and thanks so much for your kind comments. Hope you’re keeping safe and well in Canada. xx

As my husband is recovering from Heart Surgery,and my mother is having end of life care I needed a chuckle.This post made me “Laugh Out Loud”.Oh Ted indeed,but how can you resist that face,and oh those Huge Paws.I am catching up with blogs.Loving your Beautiful Creations,I am Ronni Mog on FB.I have been looking at your Stunning work,soooo talented.Love Love Love those doggies,will always remember Ben.xx

Aw, thanks Lee, I’m so sorry to hear of your family concerns, but pleased we can help you smile for a little while at least. Love from us all here at Bustle & Sew HQ xx