Congratulations to Her Majesty! 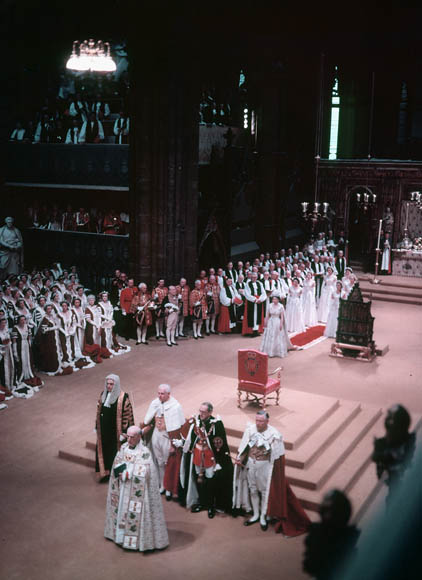 On this day sixty years ago,  Queen Elizabeth II was crowned in Westminster Abbey.  It was a ceremony full of pomp and circumstance, colour and ceremony and must have seemed almost magical at what was still a very grey and austere time for Britain and many other countries too following WW2. 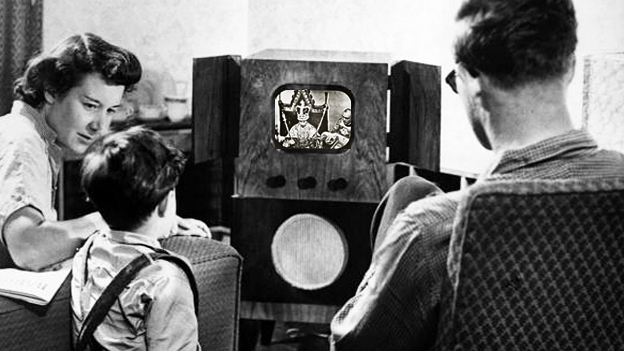 And, for the first time ever, those who had a new-fangled television could watch the ceremony, albeit as grainy black and white images shown on a tiny screen.  In the days leading up to the big event, viewers adjusted their sets while picking up the build-up programmes. The television chef Marguerite Patten told them how to prepare melon cocktails and salmon mousse to eat in front of the television. while two Metropolitan Police officers gave advice on preventing house burglaries on the big day. Indeed, in our British folk memory, the 1953 coronation is usually seen as the moment when television was instantly transformed from a minority activity into communication and entertainment for the masses. 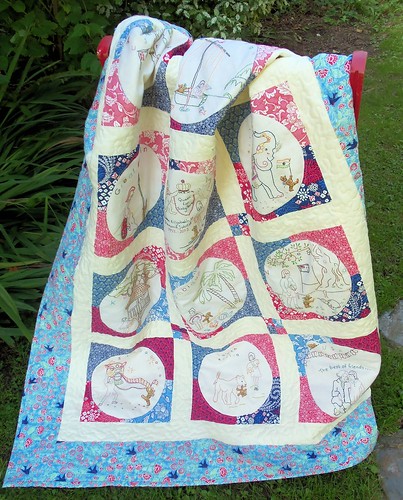 Of course quilting has always been a mass activity, and to celebrate this sixtieth anniversary, I’ve reduced the price of my Rosie & Bear Diamond Jubilee Quilt book by 60% (seemed to be the perfect number!) for the next 24 hours only.  This means that you will receive 12 Rosie & Bear designs – celebrating the Commonwealth countries and a special Friendship block for the USA – and instructions for sewing the Diamond Jubilee Quilt for just $10 instead of $25.   Here’s a preview of the contents for you:

This book is an instant download, so there’s no waiting about to receive your patterns – 12 Rosie & Bear patterns for less than $1 each!

To get your copy at the special Coronation Anniversary rate of $10, just click on the purchase button below.  Remember, this offer is only valid for 24 hours!